With its lightweight, breathable fabric and flamboyantly coloured check pattern, the madras shirt may just be the ultimate summer garment. It provides the perfect way to bring simple warm-weather looks to life, while lending everyday outfits a hint of Ivy League cool.

Yet, despite its numerous perks, this preppy button-up remains under-utilised by so many men. Forever living in the shadows of its more established siblings, like the flannel shirt and the OCBD, it often goes unnoticed. We neglect it on clothing-store rails, scroll past it on online galleries and – for those of us who do own one – more often than not, leave it hanging redundant at the back of the wardrobe.

It’s a real shame because there’s a lot to be said for the madras shirt. It has a rich history, it can be a useful sartorial tool and there are lots of brands out there making fantastic versions of it. To help ignite a newfound appreciation for this colourful classic, we’ll delve into everything about it below. From where it came from to where to buy one, here’s what you need to know.

What Is A Madras Shirt?

A madras shirt is made from light cotton fabric, woven in India. It features a tartan pattern, often in bright, summery colours, and can be either long or short-sleeved.

The madras shirt’s history can be traced back to the 17th century, when a group of European cotton traders found themselves in Madraspatnam, India. Here, they were introduced to a thin, breezy, cotton fabric made by local weavers, and began exporting it home.

Madras fabric was an instant hit on the continent. It came at a time when most popular materials were still thick and heavy, so its lightness and breathability were a revelation in the steamy summer months.

It was slightly later, in the 18th century, when madras fabric became synonymous with colourful checked patterns. This was a time when tartan was en vogue and the British gentry was keen to paint it across all sorts of garments. In the madras shirt’s case, it stuck. Now in order for one to be considered authentic, it must feature the same pattern on both sides and, a bit like champagne, be made in the region from which it takes its name.

How To Wear A Madras Shirt The first thing to note when styling a madras shirt is that they’re often brightly coloured. As a general rule across the whole of menswear, if you’re working with a bold, colourful garment, it’s best to keep the rest of your outfit simple and stripped-back.

For inspiration, look to the madras shirt’s Ivy League adopters from the mid-1900s. The style became popular with preppy American students as a subtle way to flex that they were well travelled, and along with penny loafers, cardigans and Harrington jackets, became a common sight in the wood-panelled halls of the USA’s most prestigious universities.

Team it up with other preppy pieces like the ones mentioned here to give a nod to the scene that earned the madras shirt its cool points.

Wondering where to begin your search for the perfect madras shirt? There are some brands that are particularly well known for these colourful summer staples and below you’ll find our handpicked selection of the very best. 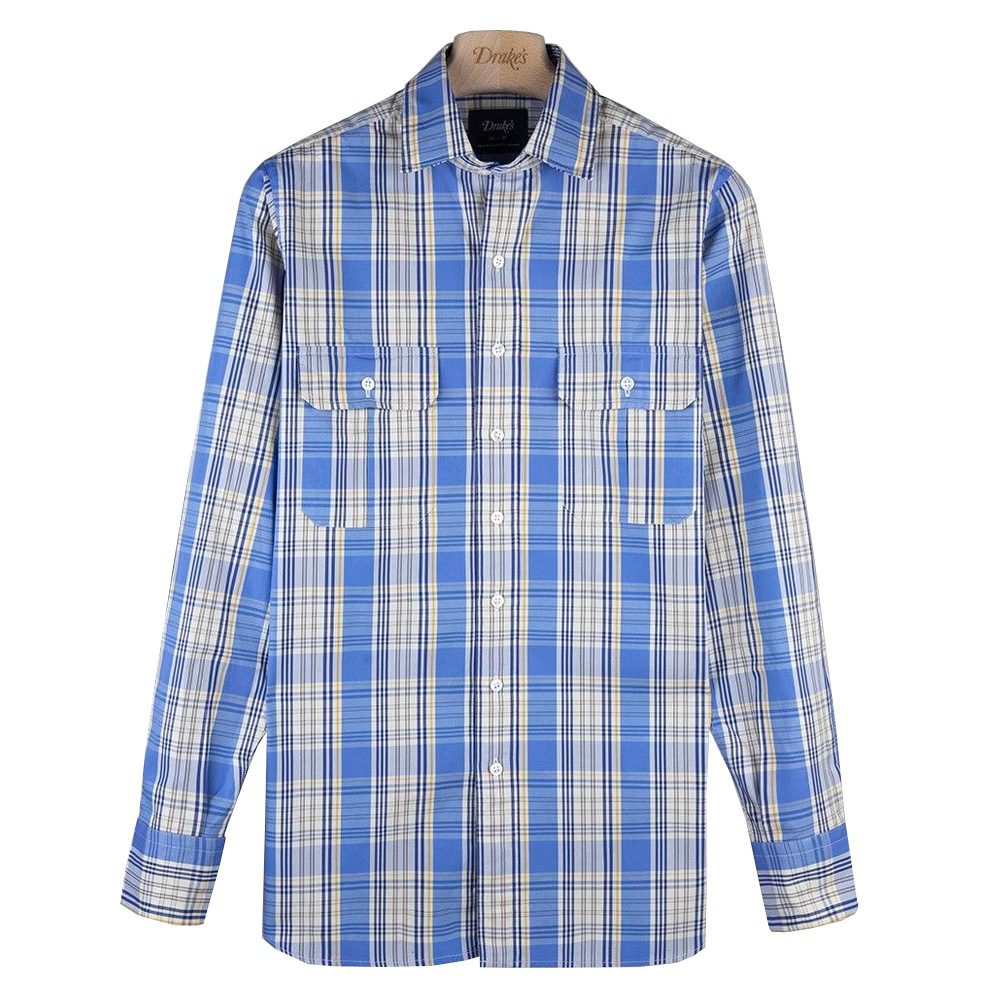 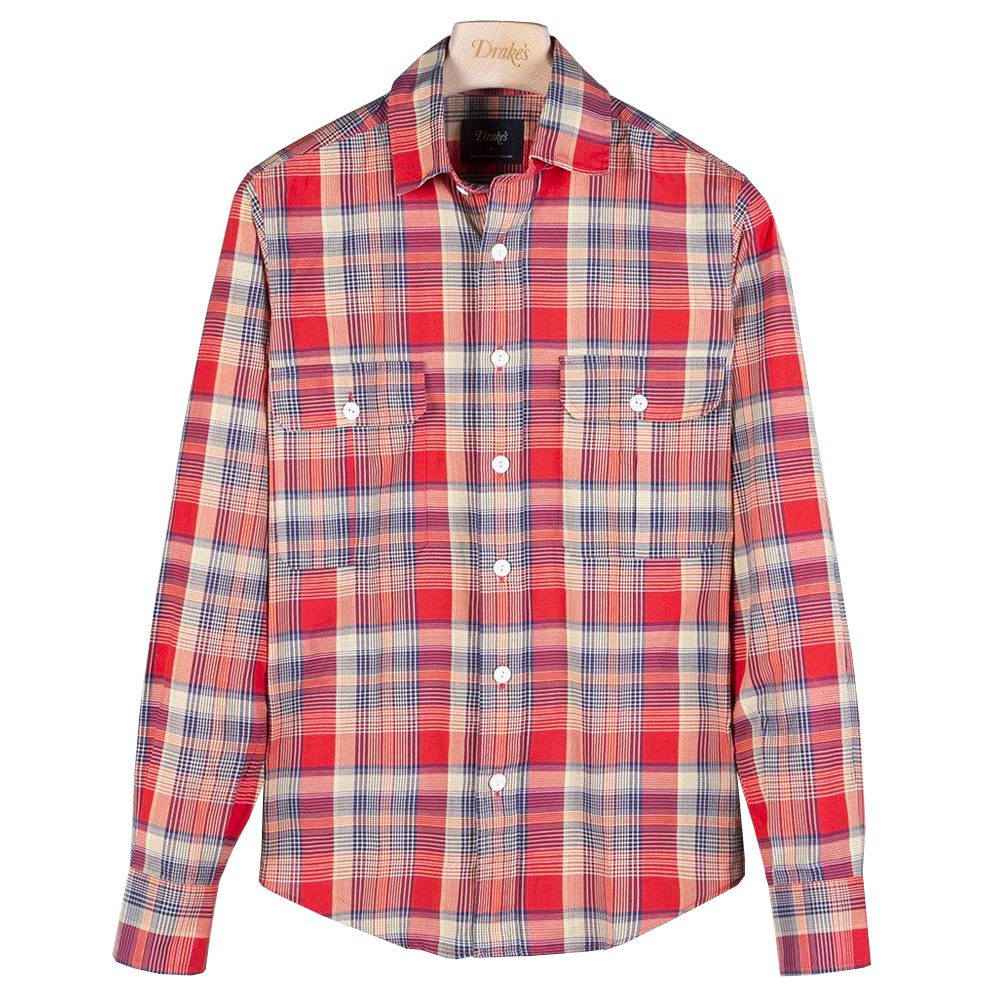 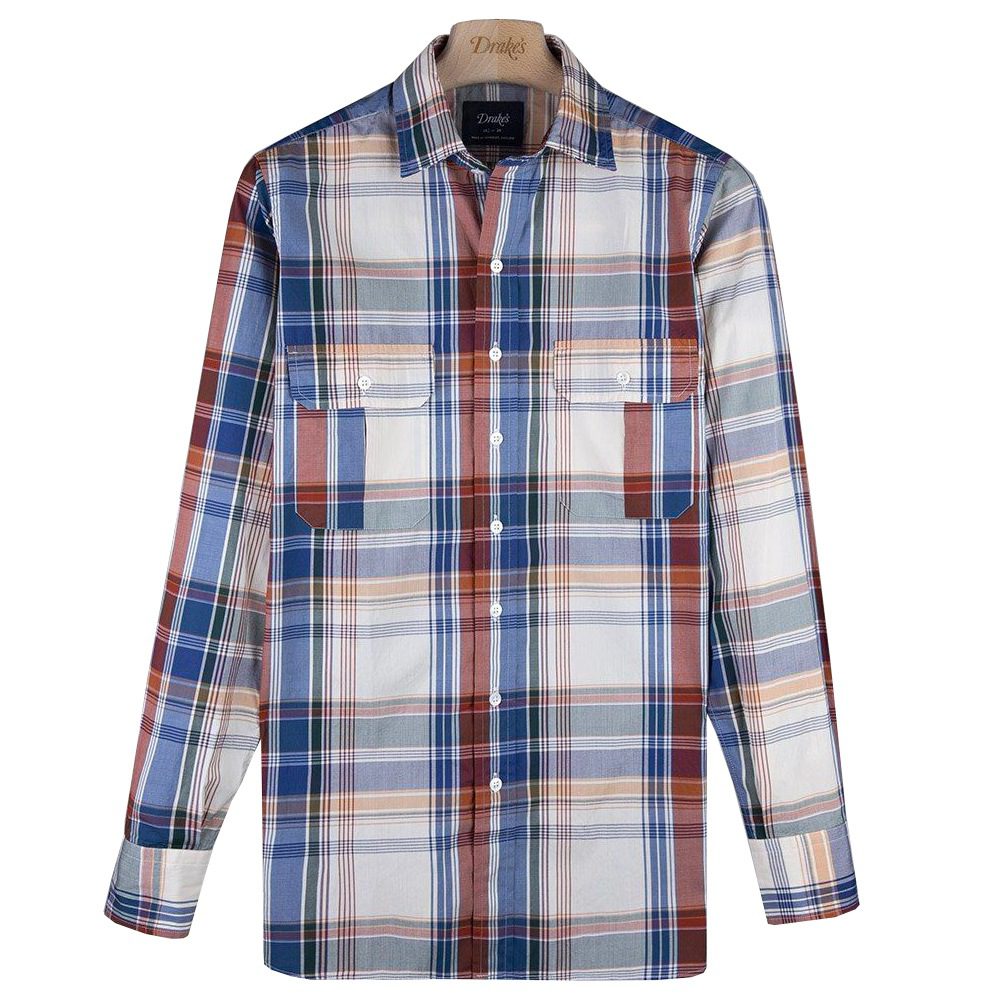 London haberdasher and clothing brand Drake’s is known for putting its own unique and flavourful spin on classic tailoring and shirting staples. The madras shirt hasn’t escaped this treatment, making Drake’s an excellent choice for anyone looking for a premium option with plenty of British character. 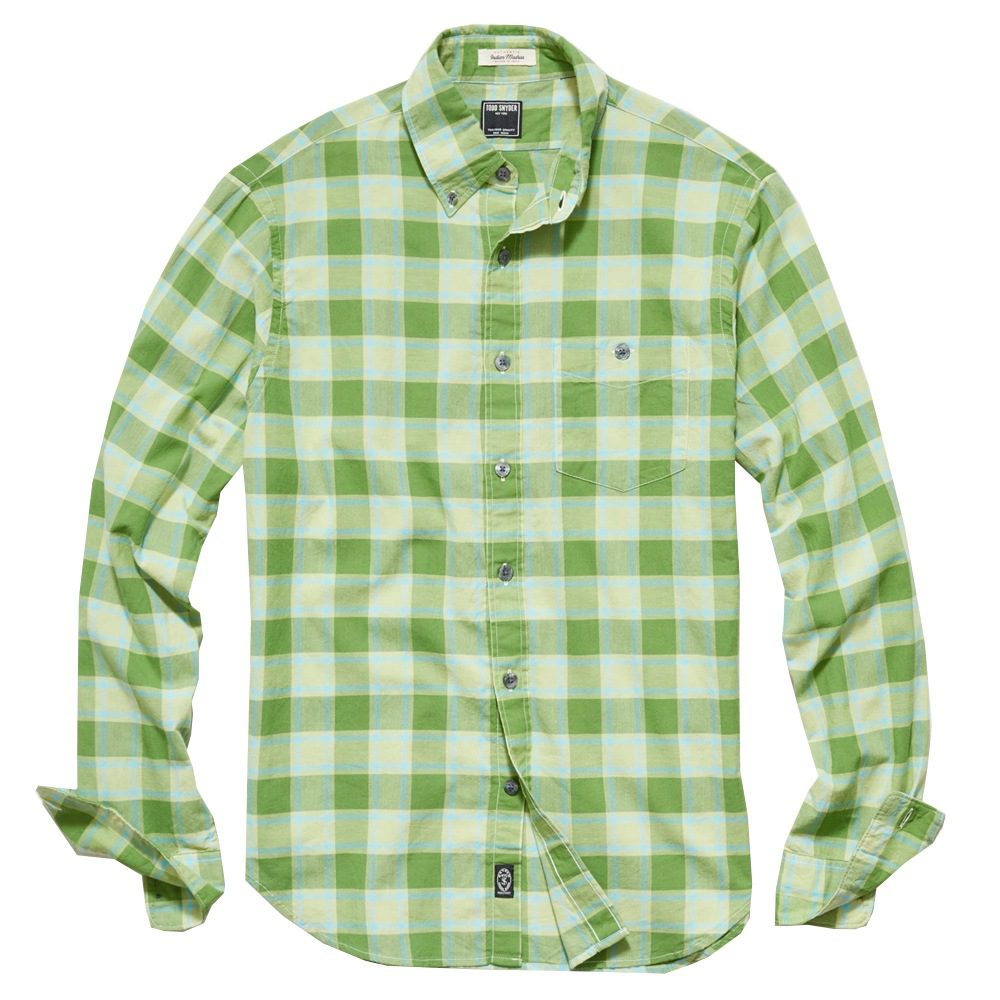 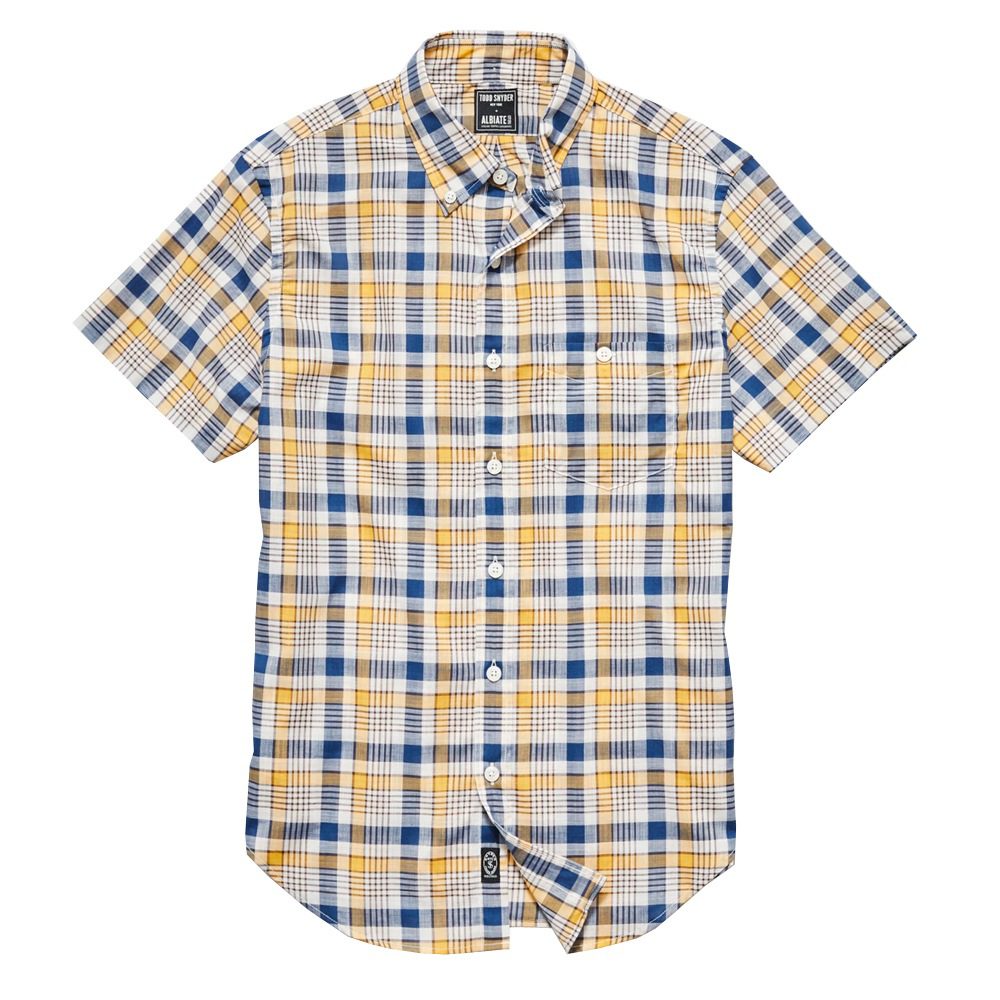 No one does contemporary preppy better than New York-based designer Todd Snyder. The madras shirt is a perennial in his eponymous label’s spring/summer collections, coming in a wealth of colours, sleeve lengths and collar types, including an on-trend camp collar design. Each is crafted from genuine Indian madras, giving them an air of authenticity. J.Crew is always a safe bet when it comes to sourcing preppy staples at affordable price points. Fit-wise, J.Crew’s madras shirts are roomy in the body for a relaxed feel in warm weather and there is a range of colour options to choose from that vary from season to season. American stalwart Gitman Vintage makes robust, premium shirts of pretty much every variety imaginable. These guys are no strangers to an eye-catching pattern either, which is perhaps why their madras shirts are some of the best in the game. 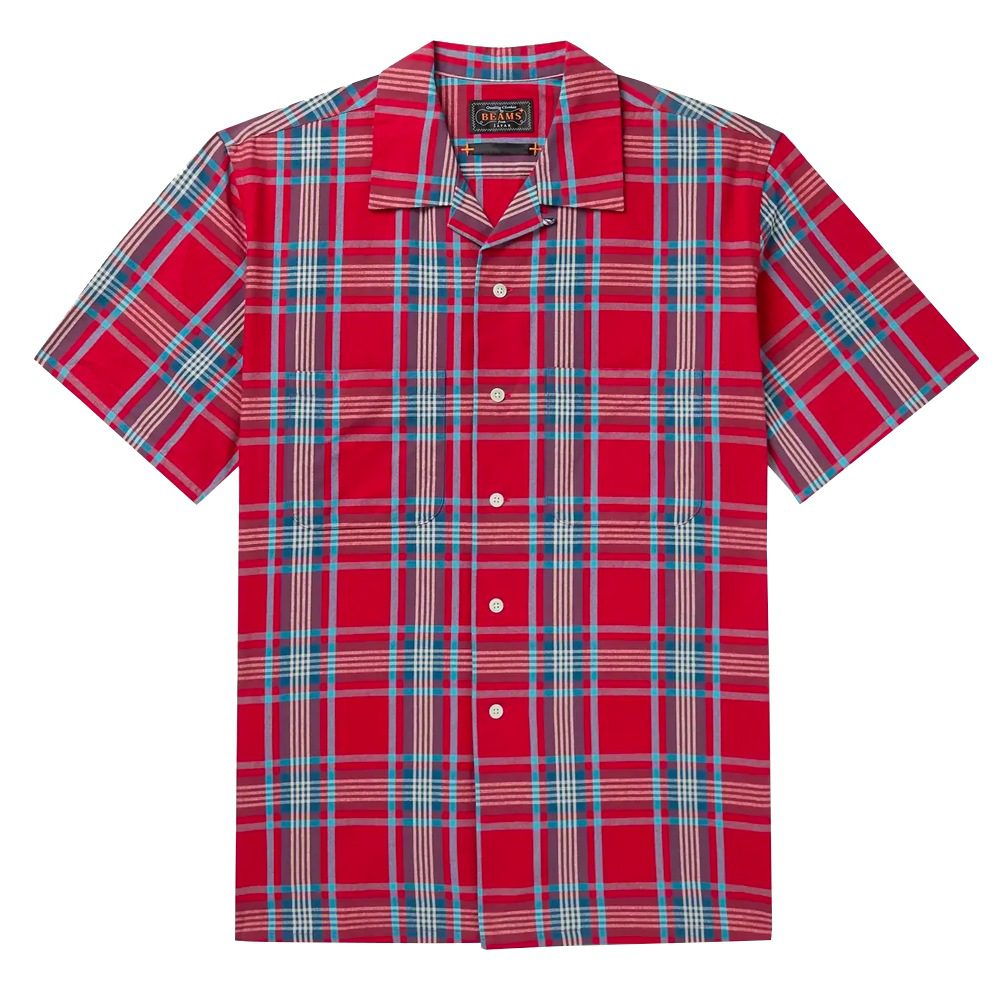 The madras shirt was popular with American Ivy League students, which meant it was also a coveted item for Japanese teens keen to emulate their trans-Pacific brethren. Tokyo’s Miyuki-Zoku fashion subculture, in particular, adopted the style wholeheartedly, and preppy Harajuku mainstay Beams Plus is keeping the look alive and well today. 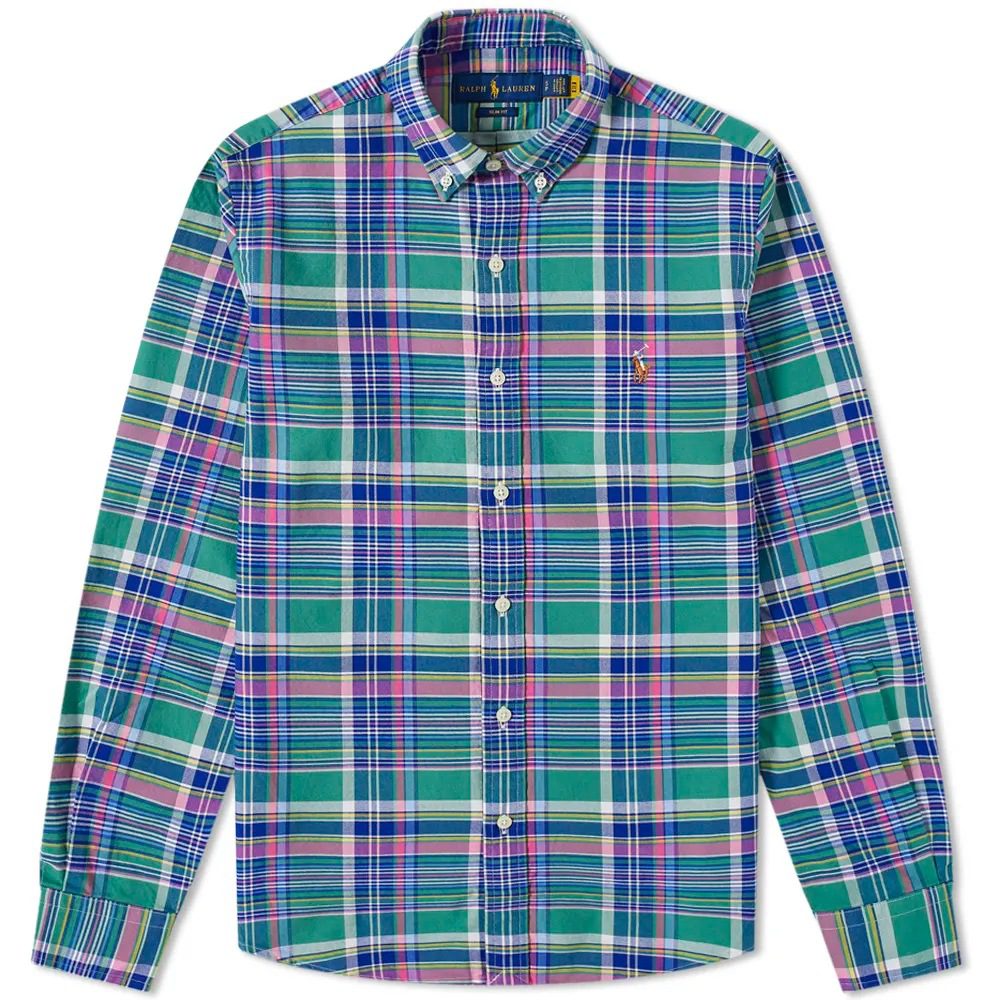 The unofficial outfitter for all things preppy, Polo Ralph Lauren is always a good place to look when it comes to smart-casual staples. Here you’ll find classic Oxford-style options, western-inspired versions and everything in between, with tartan patterns ranging from dark and subdued to bright and vibrant. 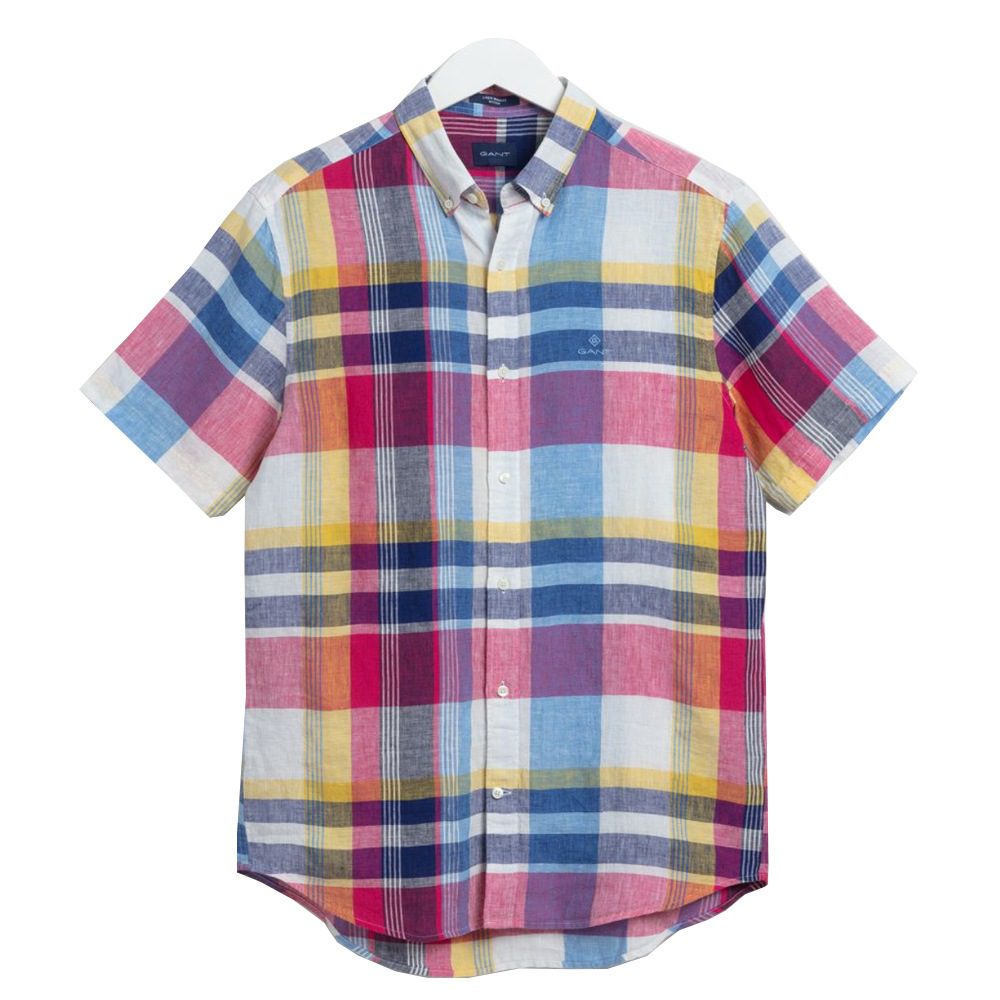 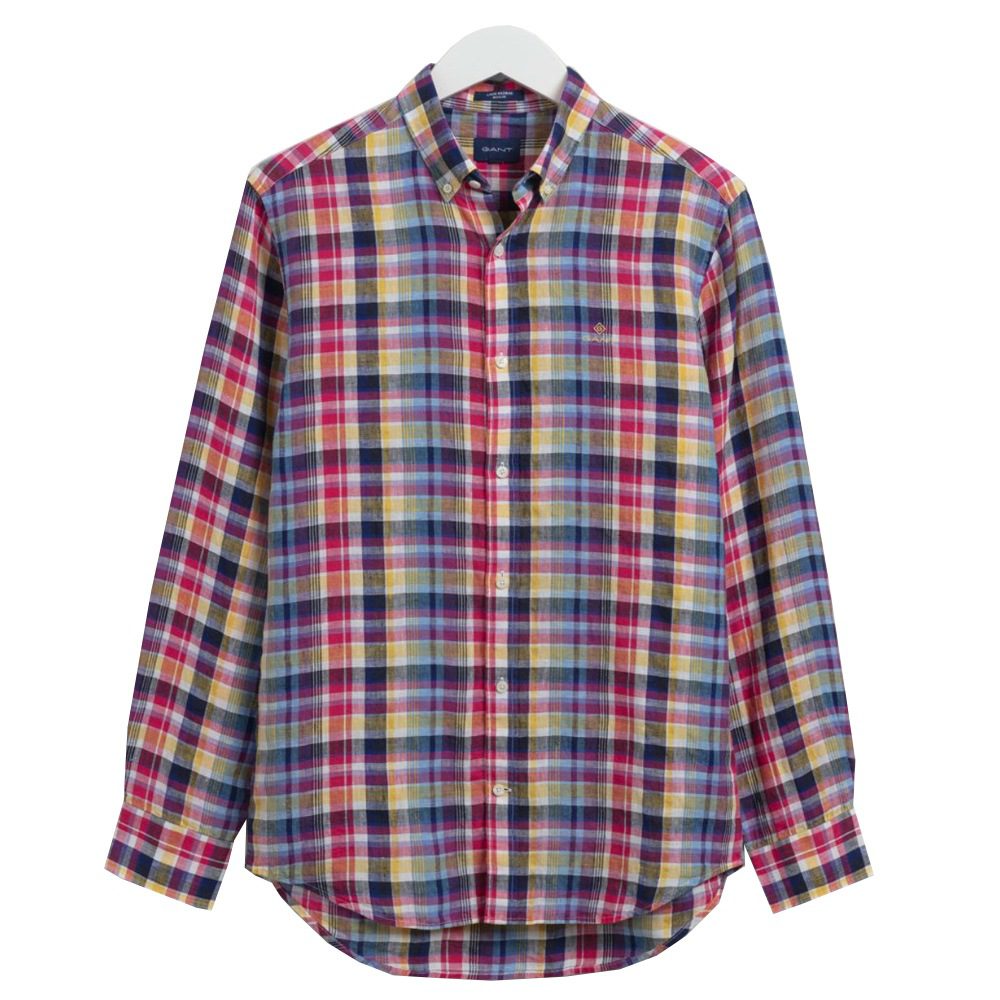 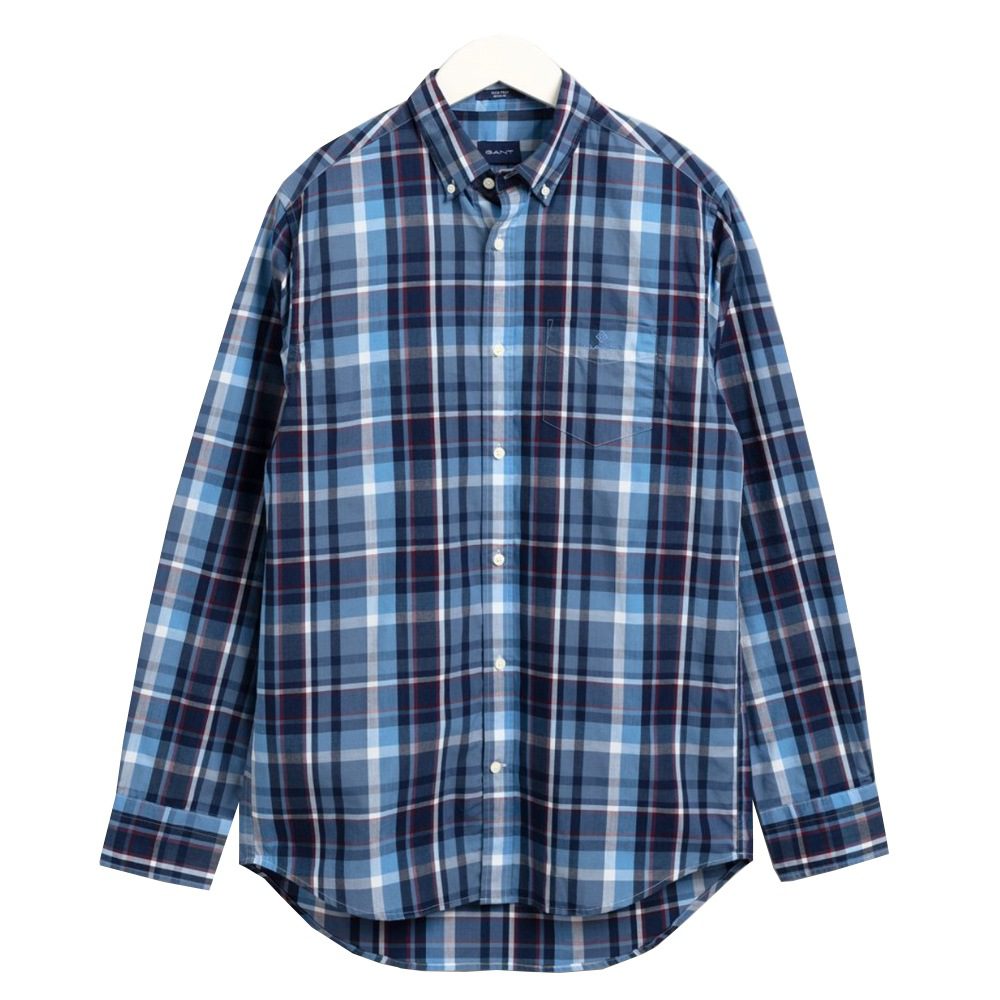 Gant is often credited with being the brand that brought the hanging loop to the back of the Oxford shirt, but it’s not just OCBDs this label knows its way around. There are plenty of short- and long-sleeved madras shirts to choose from too, all featuring a classic fit and the iconic tartan pattern. 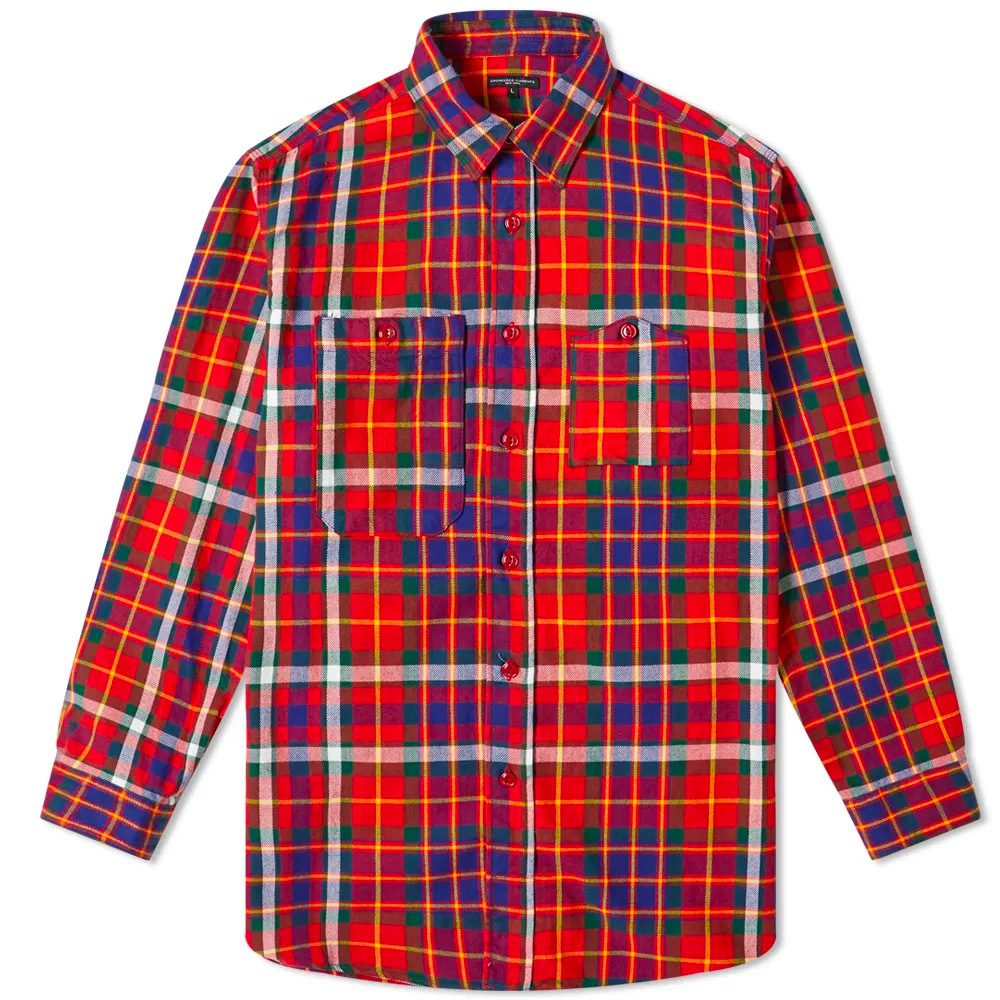 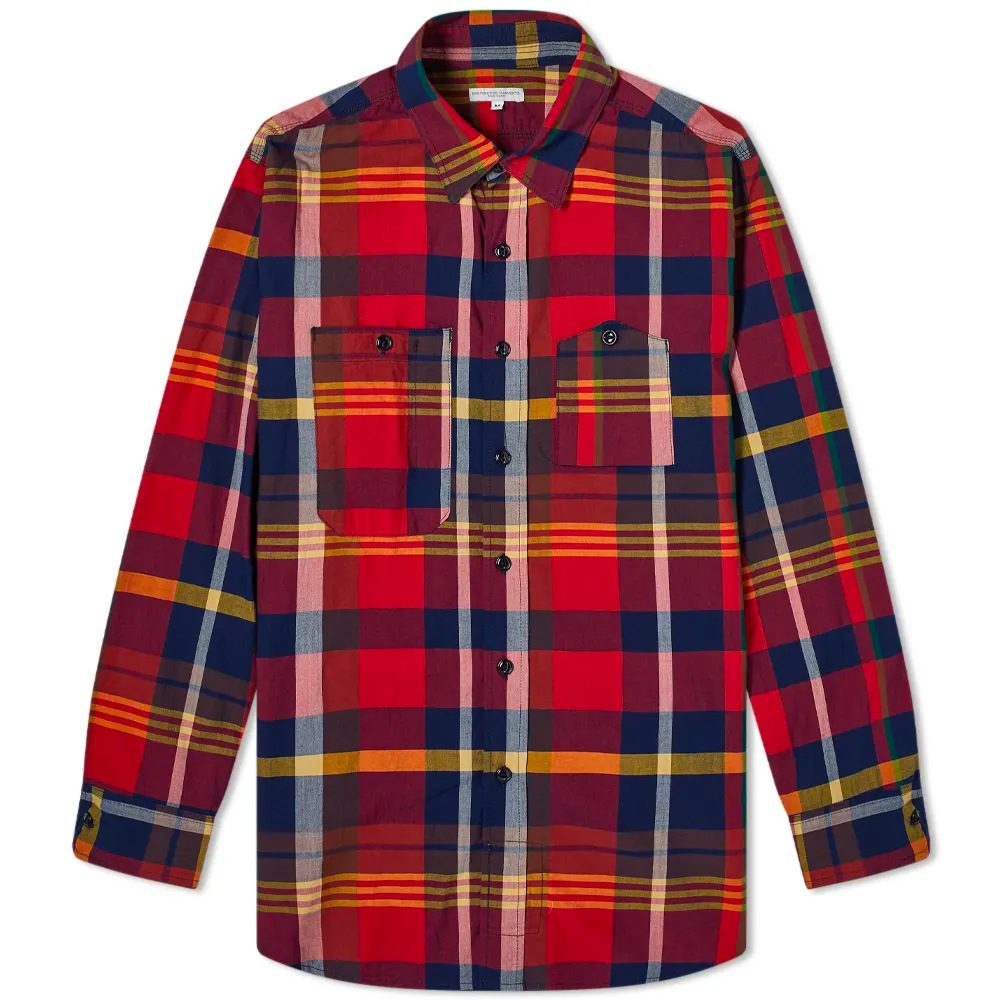 For those seeking something a little different, allow us to steer you towards Engineered Garments. The New York brand is known for its utilitarian take on many of menswear’s classic pieces (and adding an extra pocket here and there too), and madras shirts are no exception. Expect wild colourways, unconventional shapes and pockets aplenty.

The post Warm-Weather Checks: Why You Should Buy A Madras Shirt This Summer appeared first on Ape to Gentleman.