When the cold starts to bite, it’s tempting to reach for the biggest, bulkiest winter coat available. But that’s not always the most efficient option. Instead, look to lightweight insulation as your first line of defence in the fight against the falling mercury. Specifically, a good-quality down jacket.

These lofty layers have long been favoured by the type of people who scale 8,000-metre peaks for fun thanks to their superior warmth-to-weight ratio. But you don’t need to be a seasoned alpinist to appreciate the benefits of one. As an everyday garment to carry you through three out of four months, a down jacket is ideal. Layer one up with a raincoat or for all-weather protection or use one as a top layer on cool, dry days.

Today, there are plenty of stylish options on the market, blending good looks and performance seamlessly. But before you go handing over your cash, there are a few things to know. Below we delve into the whats, whys and hows of down jackets and introduce you to the brands making the best ones out there.

First things first. What exactly is down? You probably already know it comes from birds, but it’s more than just regular old feathers.

The word ‘down’ refers specifically to the fine layer of light, fluffy feathers beneath a bird’s rough, outer feathers. It’s lightweight but a fantastic insulator and has the added benefit of being highly compressible.

In modern down jackets, it’s mostly sourced from geese and is a by-product of the meat industry in China. Naturally, this means that it isn’t vegan, so if that’s important to you then you’ll need to be considering synthetic alternatives. Don’t be put off, though – a lot of man-made down alternatives are actually very effective and can emulate many of down’s most attractive properties. 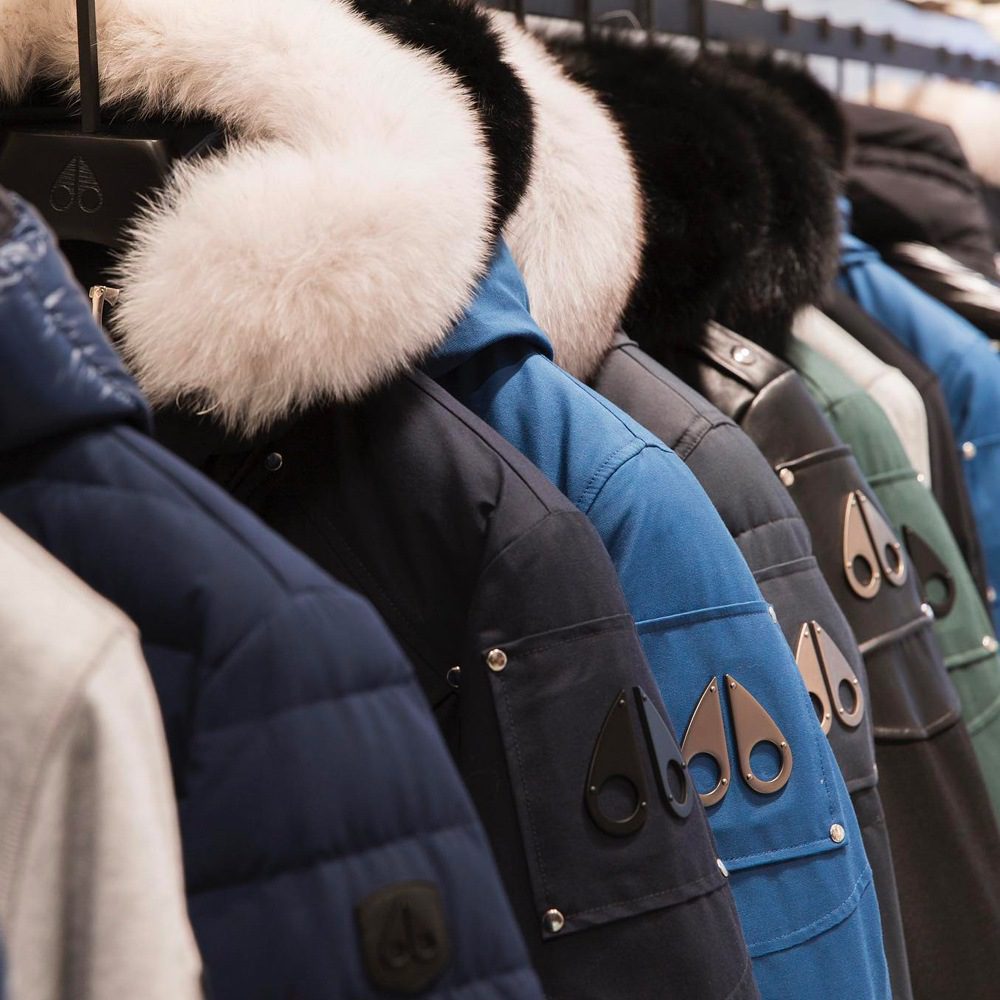 When shopping for a down jacket, you’ll notice the term ‘fill power’ cropping up over and over again. Usually followed by a number somewhere between 400 to 900. This number refers to – to put it in basic terms – the loft, or ‘fluffiness’ of a down jacket’s fill. Higher fill power means more air pockets within the down, which equates to better insulation and lower weight. 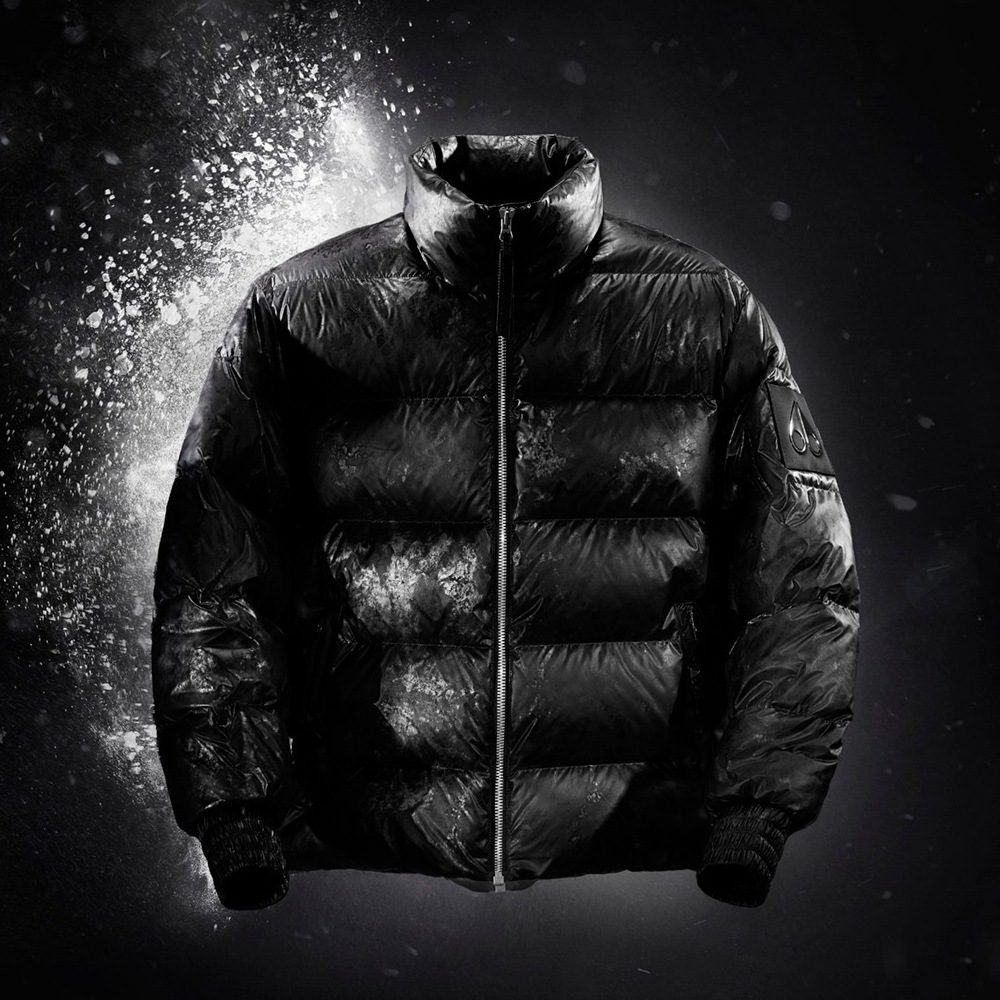 Aside from a high fill power, there are few things that make some down jackets better than others. A lot of it is down (no pun intended) to how you’re intending to use the jacket but the big one to consider is outer fabric.

To make down jackets as light and compressible as possible there’s often a trade off with durability. This means you’ll often find down jackets with a relatively thin outer fabric that seems like it wouldn’t be particularly abrasion resistant. If you’re using it for daily life around the city or wearing it under a waterproof shell, this isn’t much of an issue. However, if you’re planning on using it as an outer layer in rough conditions you’ll want something thicker.

This is why it’s important to pay attention to what type of material is used. Usually, there’ll be a number followed by a ‘D’ to denote the thickness of the fabric. This D stands for denier – the same scale that’s used to measure the thickness of women’s tights – and the higher it is, the more bulletproof the material will be. Around 40D is plenty thick enough for most uses.

So, now you know exactly what you should be looking for from your own down jacket, here are who we consider to be making the best versions on the market, offering the perfect fusion of performance and style.

The North Face is an outdoor brand that needs no introduction. The California-based label has been responsible for countless iconic designs over the decades and its boxy, Nuptse puffer jacket is nothing short of legendary. Check out the Himilayan Parka too for something even more substantial.

Canadian mountaineering brand Arc’teryx’s precision-engineered jackets and coats have made it one of the most respected names in performance outerwear. The stripped-back styling and flattering cuts have made it popular among style-conscious consumers too.

Designs like the Thorium AR and Cerium SV are perfect if you’re looking for the best of the best in outdoor garb. For something more fashion-led, check out models like the Piedmont coat or the Therme parka, which are more geared towards use in urban environments.

There are few brands more closely associated with the down jacket than Moncler. The Italian label was born and raised on premium puffy outerwear in the Alps and has since been creating some of the most luxurious down jackets on the market.

In its early years Moncler had close ties to mountaineering and skiing but these days it’s more of a luxury lifestyle label than a fully-fledged outdoor brand.

With a long history of producing outerwear for the most demanding environments on earth, Canada Goose knows a thing or two about a good down jacket. The Canadian brand’s Arctic-ready coats have become the gold standard for those who work and live in the coldest corners of the planet – and they don’t look too shabby either.

If you’re looking for a bulletproof winter coat with style appeal, a down jacket from this respected label could be the way to go.

Environmentally-conscious outdoor brand Patagonia is a firm favourite of hairy rock climbers and trendy urbanites alike. Its trademark blend of quality, style and a focus on sustainability puts it up there with the best outdoor labels on the planet.

And, like any truly good outdoor brand, Patagonia has plenty of winter-ready down jackets in its ranks. The most notable is the Down Sweater Jacket, which has been a core style for Patagonia for years and features 800 fill power insulation and recycled fabrics.

‘Down’ and ‘cheap’ aren’t usually two words you’ll find in the same sentence. However, Uniqlo is an exception to the rule. The Japanese retailer is well known for its Ultralight Down Jackets, which provide a gateway into the world of down insulation for, in some cases, less than £50.

The quality is excellent for the price point and the insulation is great, making Uniqlo the best option when it comes to sourcing a down jacket on a tight budget.

Perhaps the original outdoor brand, US company Woolrich has been outfitting everyone from lumberjacks to Antarctic explorers over its near 200-year history. Producing performance clothing that is designed to stand up to the most extreme conditions and environments across the globe, it goes without saying that its down jackets are some of the best around.

The Arctic Parka is the highlight of the range. Specifically created for the Alaskan pipeline workers back in 1972, the design is now a menswear icon in its own right and widely considered to be the quintessential down parka jacket.

Canadians know a thing or two about dealing with cold weather, and Montreal-based Moose Knuckles is no exception. The brand’s core down jackets are handmade in Canada by skilled technicians (the average coat requiring 74 operations and 90 skilled craftspeople) using only the finest Canadian and imported materials, with its premium duck and goose downs having the added benefit of being 100% ethically sourced.

If you’re looking for a jacket that looks good, is built to last and performs, the search is over.

Trendy Swedish H&M offshoot Arket has been a favourite here at Ape since it launched a few years back. It’s known for its high-quality, minimalist wardrobe essentials and down jackets are no exception. Styles vary from season to season but there’s always something warm and insulated to sink your teeth into and the prices are extremely reasonable too.

Danton is a French workwear brand that can be traced back to the early 1930s. It’s still manufactured there but for the last few years it’s been developed and operated from Japan. Down jackets are a core part of the label’s output now, particularly low-profile liners and vests designed to be layered. Think functional down jackets but with a stylish, tailored twist and you’ll not be far off the mark.

A great option for those in search of a sleeker, less bulky alternative to more outdoorsy down garments that can be dressed up or down with ease.