A question: what do you get when you combine the most successful mid-rear-mounted V8 in history with a new generation, retractable hard-top sports car? Answer: the Ferrari F8 Spider. The evolution of species that boasts a bloodline of only the finest genetics, which began with the remarkably handsome 308 GTS back in 1977. 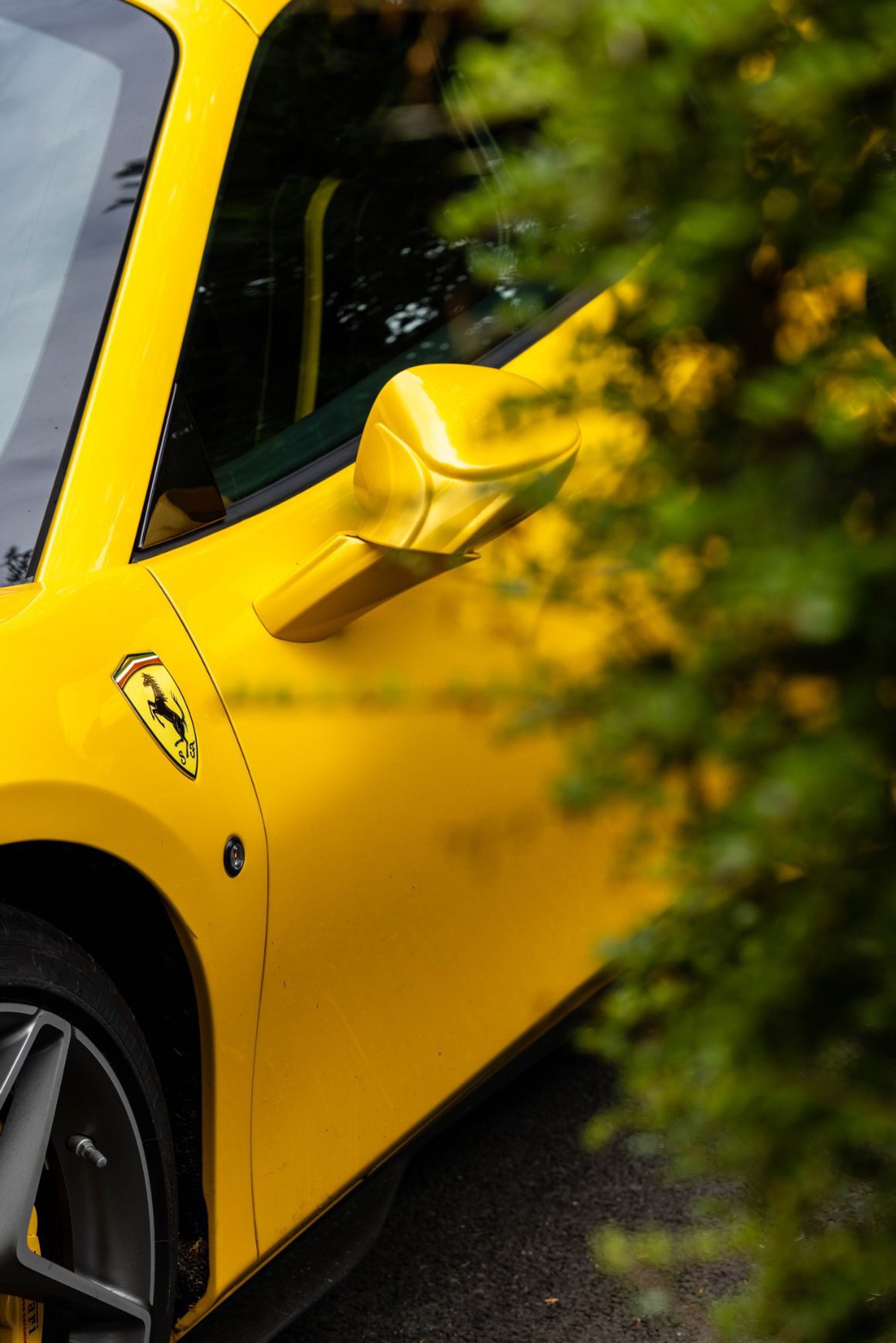 The real-world result – to which myself and Ape co-founder Eli Ankutse can attest after a few days in Portmeiron, North Wales – is usable performance, exceptional handling and an incredibly rewarding driving experience. The 3.9L twin-turbo, mid-rear-engine V8 propels (literally and figuratively) you from 0-62 in just 2.9 seconds thanks to 711 bhp under the hood, and is capable of a top speed of 211 mph.

Astonishing, and I mean truly astonishing, handling effortlessly harnesses all that power into a staggeringly easy to drive, drop-top sports car. Naturally, a series of innovative, track-derived aero solutions help – but it’s nice for a moment to believe it’s your driving ability.

And for those concerned about noise-less turbocharged engines, fear not, this ain’t no stealthy Tesla – this is a Ferrari in the truest sense of the world, complete with its world-renowned soundtrack. 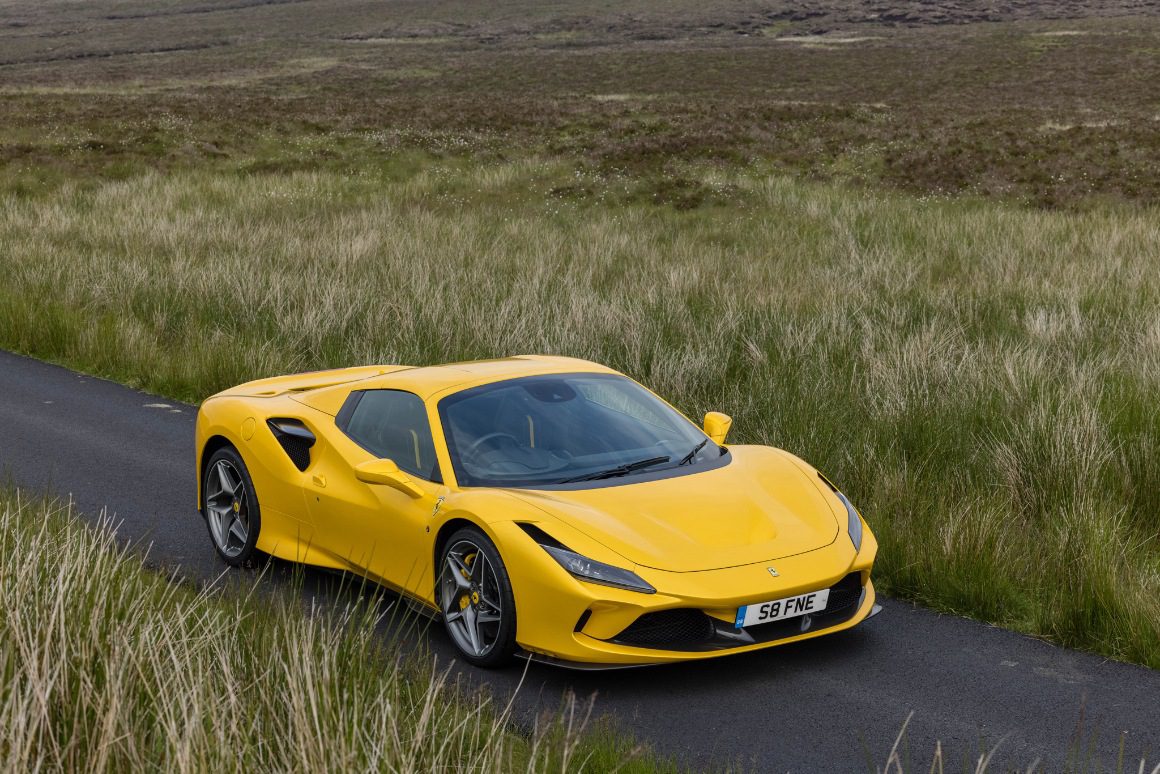 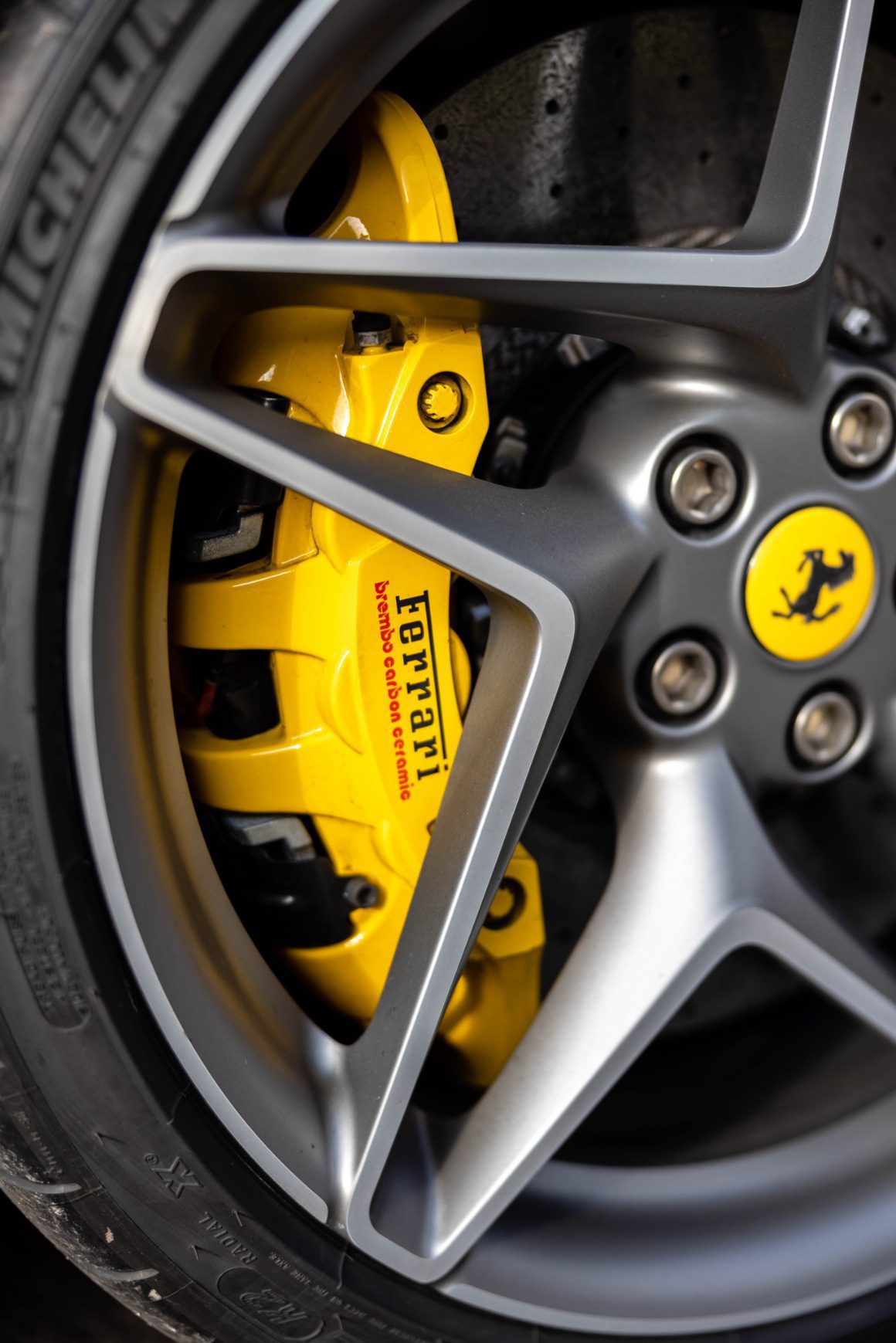 The F8 Spider further benefits from a whole host of new features, including an upgraded version of the Ferrari Dynamic Enhancer (FDE+), which can now be activated in the manettino’s (that little switch on the steering wheel) RACE position, to help performance on the limit easier to reach and, crucially, control.

But that’s not all. There’s also improved aero, Adaptive Performance Launch to analyse grip and therefore optimise torque, as well as the rev limiter’s ‘Wall Effect’ to maximise power on the red line, which was enabled thanks to a Ferrari Variable Torque Management strategy where torque curves were redesigned to deliver a feeling of consistently smooth, powerful acceleration.

Lighter weight, rapid gear transitions and that aforementioned sound are achieved by a new exhaust layout to ensure that Ferrari thunder delights not only the driver and passenger, but passerbys too. 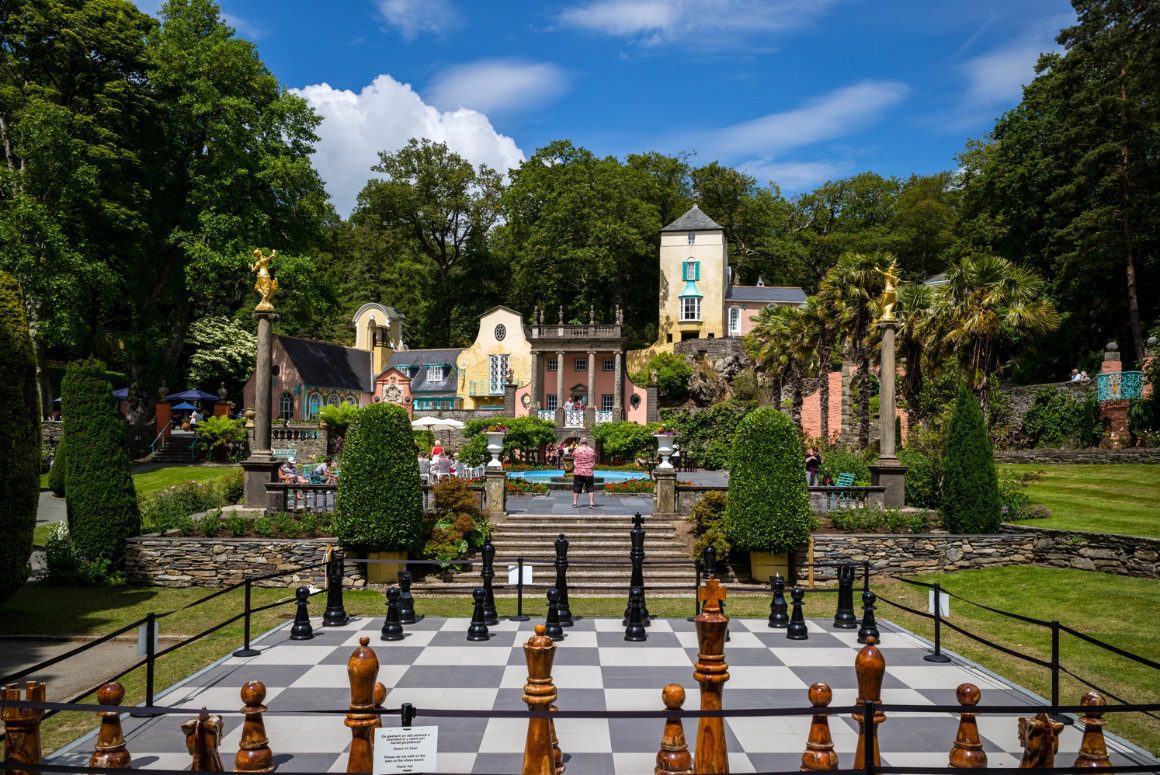 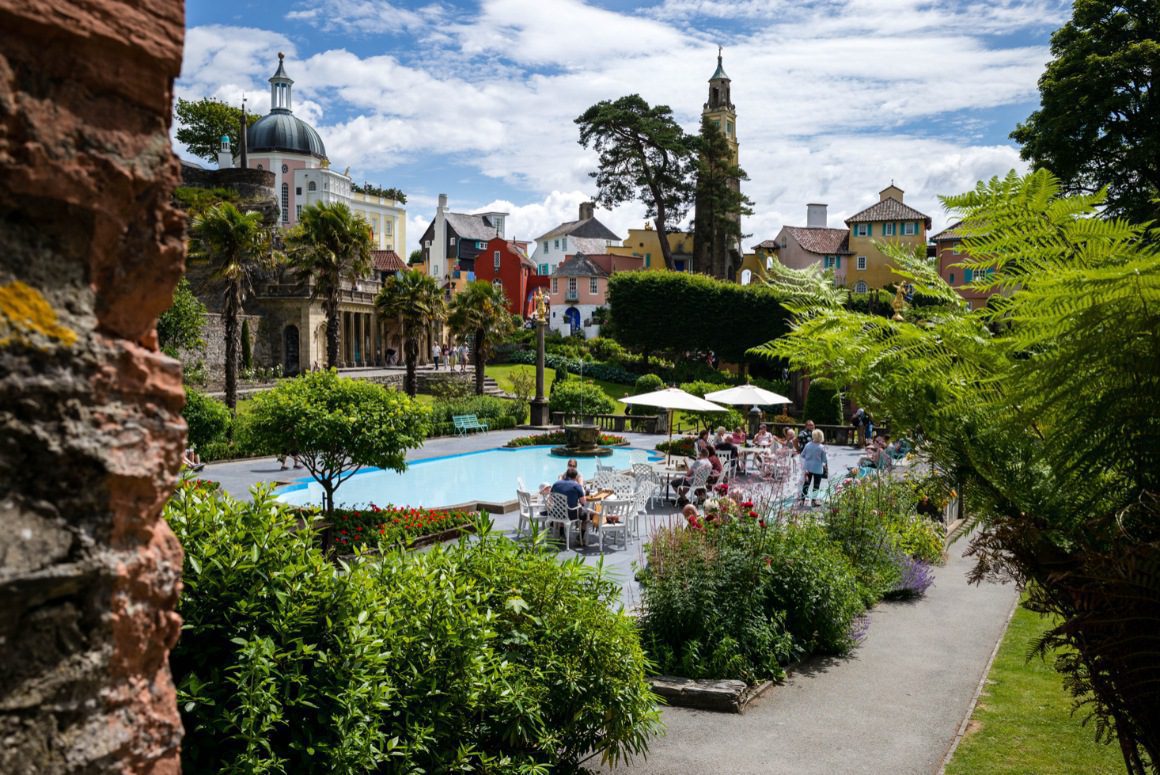 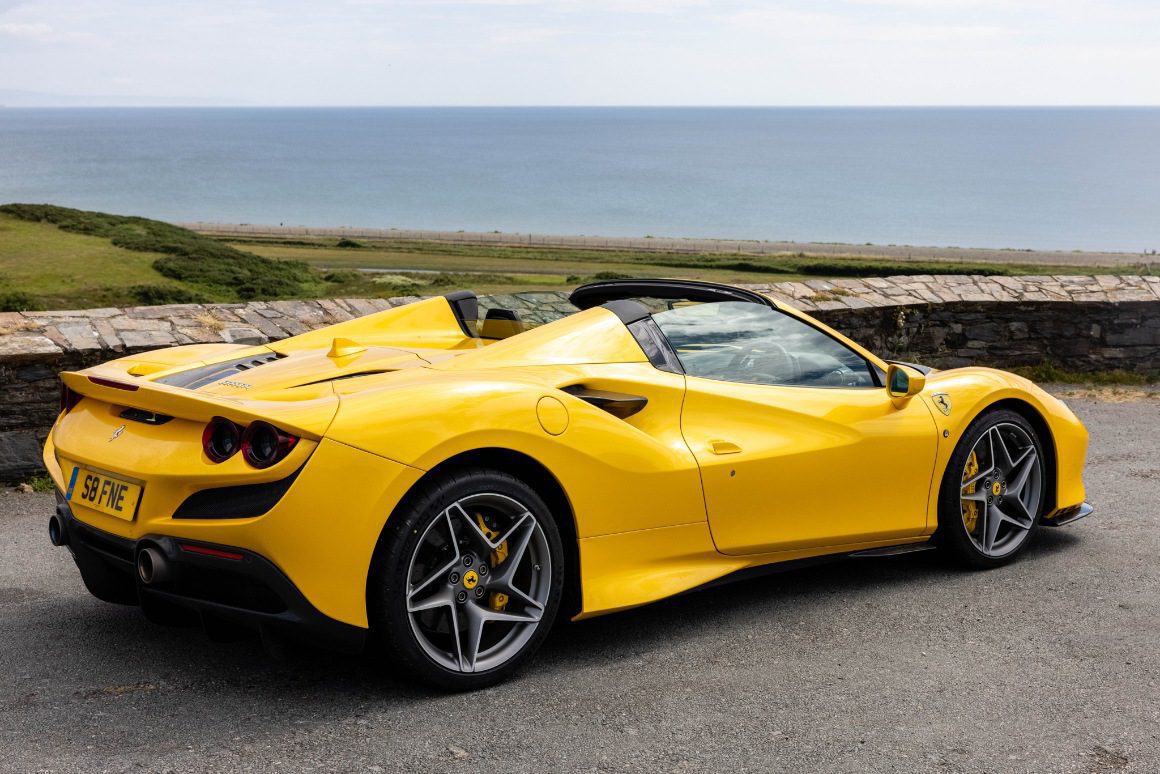 I was fortunate enough to visit the home of Ferrari, Maranello, in 2019, and meet Flavio Manzoni, Senior Vice President of Design at Ferrari. It’s fair to say Ferrari’s move away from Pininfarina has been seamless with Manzoni continuing the Ferrari legacy of incredibly handsome sports cars. Are words required, when the pictures paint a thousand words?

Obviously the hard top poses significant design considerations but Manzoni has stylishly slipped the Spider’s key differential into the design. And it’s worth noting the hard top takes just 14 seconds to open or close, which can be completed at up to around 28 mph. 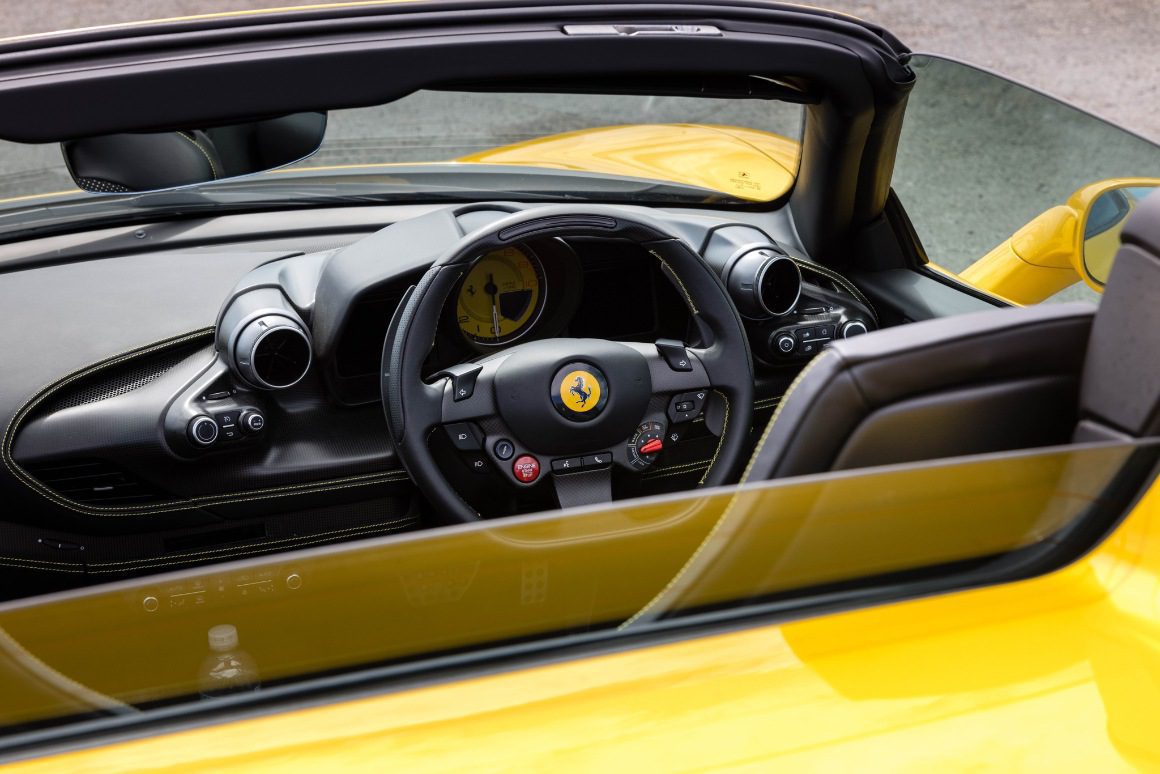 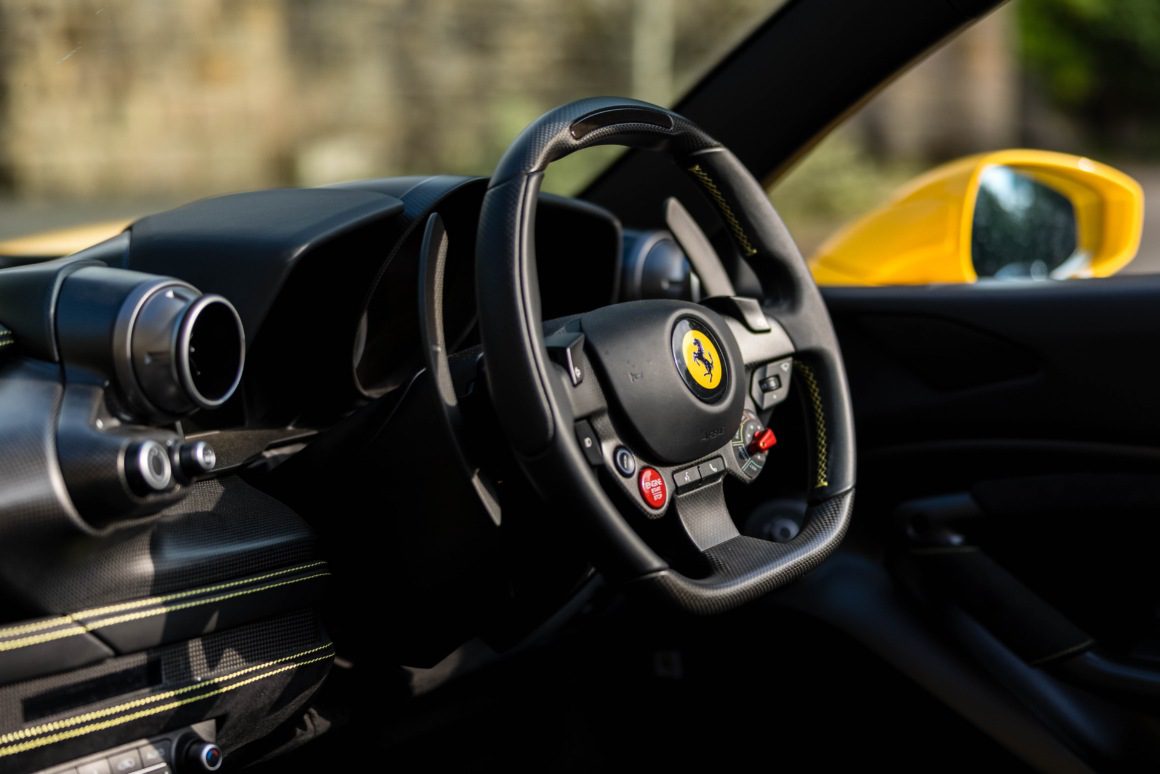 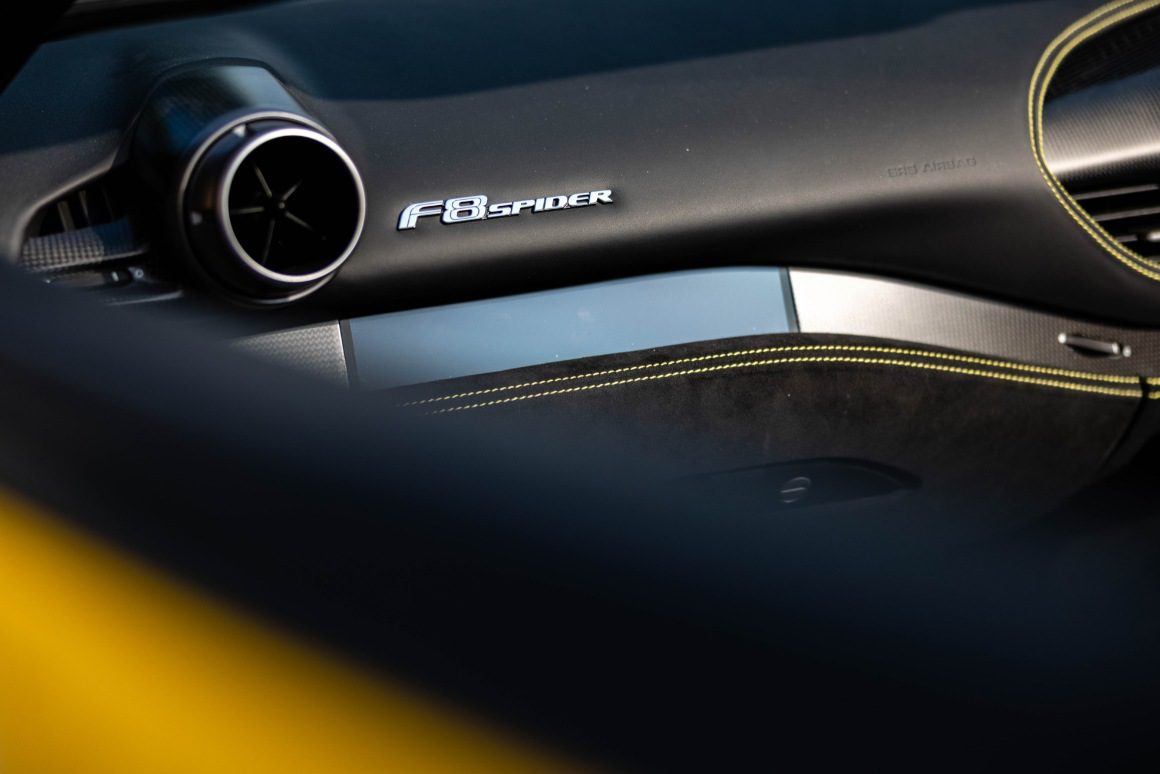 Within, you’ll find a relatively pared-back cabin. Actually no, let’s call it a cockpit. A cockpit within a fighter jet. Or a Formula 1 car. The sporty seats are reassuringly firm and ‘connected’ to the road, with all controls mounted on the new generation steering wheel.

In our test F8 Spider there was monstrous amounts of bare-faced carbon fibre, and even a variety of touchscreens, including one with Apple CarPlay compatibility. But why would you have the music on when the F8 Spider sounds so good? 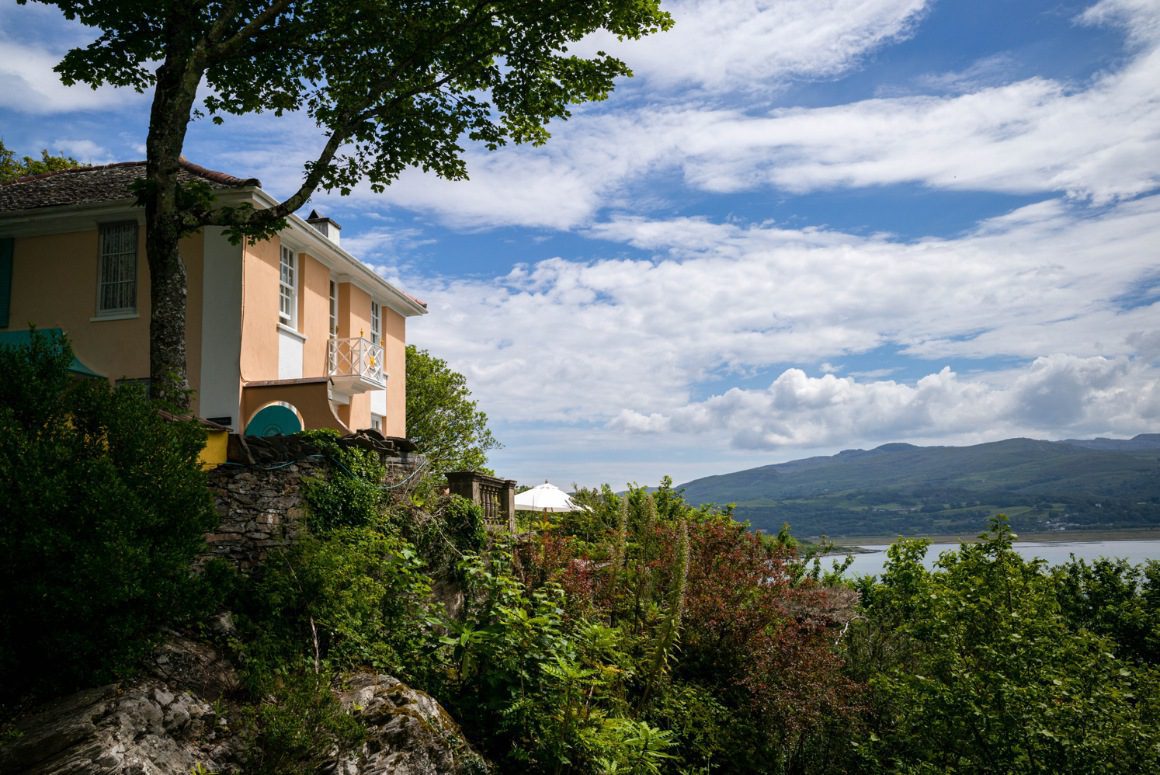 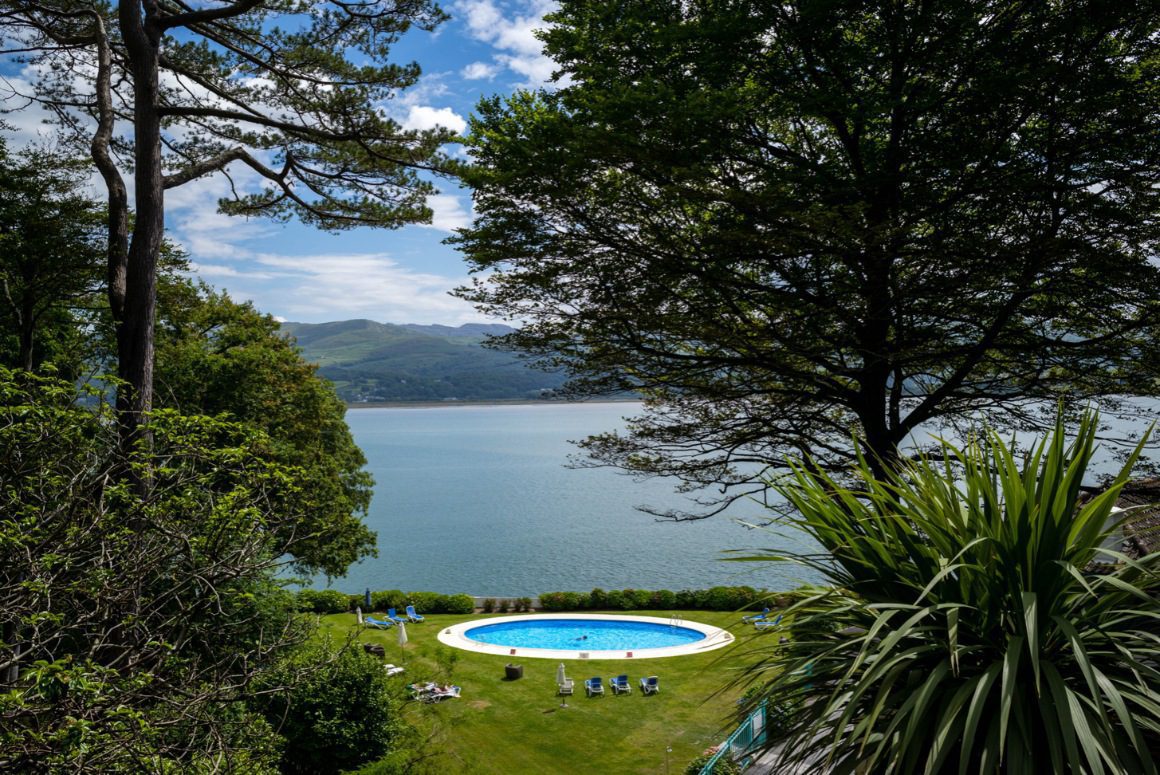 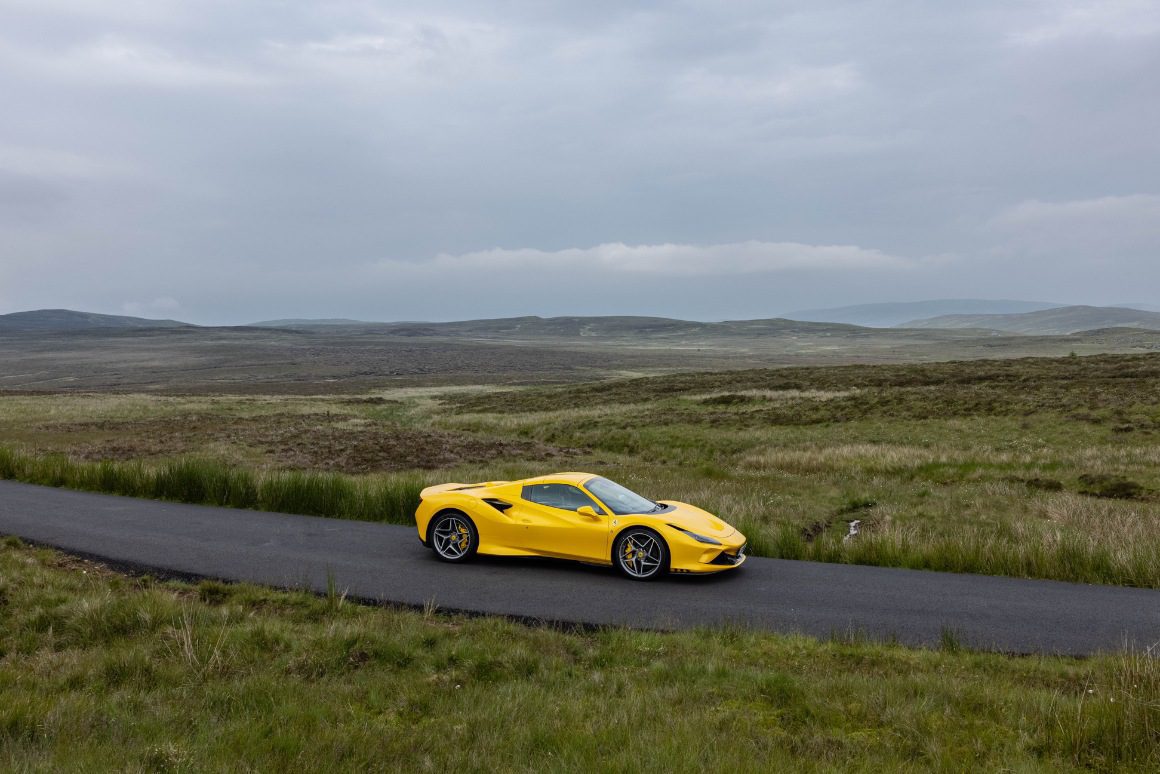 It’s genuinely impossible to play it cool when writing about a Ferrari; to try and avoid pouring over it like a drooling school boy staring at that Ferrari poster on his bedroom wall. The visuals, the performance, the heritage, the sound, the way it makes you feel, the way others react to seeing it, the way the phrase “it corners like its on rails” couldn’t be more appropriate. The Ferrari F8 Spider is staggering. It ticks all the boxes.

However, perhaps what surprised me most was, despite all its racing pedigree and ability to drive supremely fast, just how comfortable it was at low speeds. Slip the suspension into ‘comfort’ mode and you’re cruising. The twin-turbo engine revs relatively quietly, and at a low rpm.

Put your foot down, and – if you dare – switch the manettino into RACE mode though, and this relatively calm beast turns into some kind of animal. I was going to go with an Incredible Hulk analogy but 1) our car was yellow (not green), and 2) the Incredible Hulk had all the power, but was nowhere near as nimble and handsome as the F8 Spider is.

The F8 Spider is the kind of animal Charles Leclerc has the pleasure of tearing around the likes of Monza in on a Sunday afternoon – except it’s also incredibly easy to drive, and to drive fast, it could be a daily drive. My only complaint was that I had to hand it back.